To those of you who don't know me, let me introduce myself... my name is Kevin Burke. I have lived with that name all my life, through good and bad, thick and thin. At school it did me no favours,  (though there was also a Pratt in my class, so I'll leave you to ponder on who got the most ribbing) but this inevitably led me to mount a fierce defence of the name whenever it came under fire.

There have been several times in my life when I had the chance to ditch the name, but perhaps because of the struggle I'd had with it throughout my formative years, I have always stuck with it.

When I fulfilled my ambition of becoming an actor I had the great good fortune to be able to keep my name, even though had there already been a Kevin Burke registered with Equity, the actor's union, I would have been forced to change it.
Then, when I moved into the world of entertainment, I passed up the opportunity to take a stage name once again, as I did when I began working as a Jester character, even though it is almost universally the case that jesters, like clowns, prefer to take a 'jester' name.
Even when I began to write plays I stuck firmly to my original moniker.... but I won't go on, you've got the idea by now. If you are interested, you can see the kind of things I have done throughout my life by visiting www.kevinburke.co.uk.

But now, for the first time, all that has changed. I have taken a nom-de-plume. It goes against the grain, but really I had no choice. You see, I have always written in one way or another, but just recently I have begun to have some of my writing published. The first was by way of a writing competition which against all the odds I won, leading to my little story 'Wheat' being included in the collection 'Looking Landwards' by the really rather wonderful Newcon Press. This, I have to point out, was published under my own name. Since then I have won a couple of other competitions and am about to have another story published in an anthology of new work by Dorset writers put out by Little Red Writers. (Did I mention that I live in Dorset? Sorry... I can't cover everything in one blog....)

Anyway, it struck me that perhaps I ought to find out whether there was another Kevin Burke writing... after all, I don't want potential readers to get confused... and to my horror I discovered that there are loads of them, with every possible permutation of middle name and initial employed to try and set them apart from the crowd. So I was faced with a decision... do I stick to my 'real' name, as I have done all my life, and risk getting lost in the melee of Kevin Burkes, or do I make the change I have so long resisted? And if I do change, what name do I choose?

In the end, the choice was simple. My middle name is Willson, itself a family name, so I simply switched that to the surname position and voilá... KB Willson is born. (www.kbwillson.com)

So here I sit, at the start of a new adventure with a new name. Of course, it is completely possible that I may never have anything published again. I have more stories and a novel sitting on my hard drive, and will continue to send them out to potential publishers, but who can say if they will ever see the light of day?

One thing is certain, though... if you follow these ramblings, or KB Willson on Twitter, you'll be among the first to know!

April 05, 2019
Sound the trumpets! Hoist the flags! Pop the champagne! My second novel is finished! (Or as finished as it can be, given that the lot of the writer is constantly to edit, tweak, substitute words, rearrange sentences, cut bits and add bits... for goodness sake, why can't we just let it go?) I am well aware, of course, that my first novel is still doing the rounds, trying to find a publisher, but we can't let a little thing like that stop us from forging ahead with other projects, now can we? To give it its due, this current manuscript should rightly be referred to as the first, as the early part of it was written a good many years before its younger sibling, but way back then it was, at 45,000 words, novella length. I sent it to an agent who liked it, but asked for substantial rewrites which I felt I simply did not have the time to do, what with trying to forge a career in the theatre and everything. So it got shelved, something that now, of course, I bitterly regret, as had
Read more 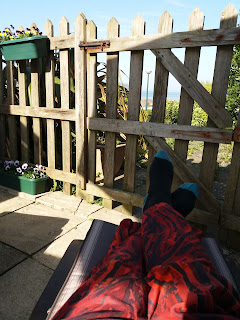